The author has written four books that provide insight into the social structure of the people of the Alberta Rockies. She weaves together a tapestry of a unique culture and history, sharing the societal ways of the mountain people.

Susan is in the process of researching other books that will feature the mountain culture of the Alberta’s Rockies. The People & Peaks publications have become founding documents for researchers interested in the traditions and history of Alberta’s eastern slopes.

Peer through the mists of time and experience the incredible lives of trail men and women who have made their living in and around Willmore Wilderness Park. The intimate tales of these tenacious mountain people are humorous and riveting. The lure of spectacular alpine landscapes and a way of life will haunt one’s soul long after the chronicles are read.

People & Peaks: The Legacy Continues is a story set in the remote regions of the Alberta Rockies. Each chapter details how those of yesteryear navigated the old pack trails, which have been traversed by nomadic people for centuries. This saga is about a rugged breed of mountain people who make the wilderness their place of work—a locale where the value of a man was his ability to live by nature’s law. The book chronicles outstanding narratives about hunting exploits, exploratory expeditions, trapping adventures, and day-to-day life in one of the most magnificent parks in the world. This is a must read for anyone who wants to know more about the history, traditions and culture of the Canadian Rocky Mountains.

Following the lead of historic women who challenged the traditions of the day, blazing trails into a man’s world on horseback in the Canadian Rockies, modern generations of women face their own challenges to travel these same trails.

Traveling as horseback people was a way of life for Native and Métis women living nomadically with their families in the Rocky Mountains. Later, and prior to World War I, a small number of affluent women afforded the services of packhorse outfitters to guide them into unexplored areas of the Canadian Rockies. With the advent of the Second World War, there was a birth of feminism, and women began participating in non-traditional roles, including careers in the mountain wilderness. Many were trying to survive the post depression era, etching a living off the land; while others were adventurers seeking a sense of freedom. Most of these women lived “outside the box” and were visionaries of their time. These explorers shed society’s expectations and followed their dreams, becoming more of “who they were” in a landscape they loved.

Women of Willmore Wilderness shares the stories of women past and present as they reveal how their experiences in mountain culture deeply inspired them. Meet free thinking individuals who blazed trails into a man’s rugged world. Share the humour and deep emotion of these souls who find the essence of their lives’ work on trails rarely traveled.

The tales of mountain women are revealed as well. Linda Rose is one of the trail hands that will inspire ladies who have a passion to be one with the land. Her frank, matter-of-fact account leaves the readers enthralled and laughing.

Share in the history of some of the biggest Bighorn Sheep taken on Alberta’s eastern slopes. This publication outlines the saga of some of the Wardens, Rangers, early outfitters, trappers, mountain men and women. It describes the early geological survey expeditions on horseback, which opened the oil and gas sector. This book will open the reader’s eyes on how our mountain regions were first explored by rugged, tenacious people. This untold story of Alberta’s Rocky Mountains will be a hard book to put down. The publication is illustrated with stunning images and supplemented with archival photos.

We know that Canada, especially western Canada, was pioneered by hunters, trappers and mountain people and, of course, by Canada’s First Nations peoples. But seldom are we provided with a modern-day, close- up view of the day-to-day lives and activities of these people, whose courage, resourcefulness and humour (often in the face of, what would be for lesser stock, overwhelming calamity) is captured here in the pages of the

“You birth your story—then begins the work of chiseling and shaping the initial thoughts, finally refining them into a work of art.” That’s exactly what Leonard has achieved, a work of art that not only brings to life in words and fine photography (much of it by Leonard herself) one of Canada’s most beautiful and little-known wilderness areas, but pays tribute to the brave folk who opened up, and now fight to preserve, the Willmore Wilderness.

award-winning journalist/columnist and director of 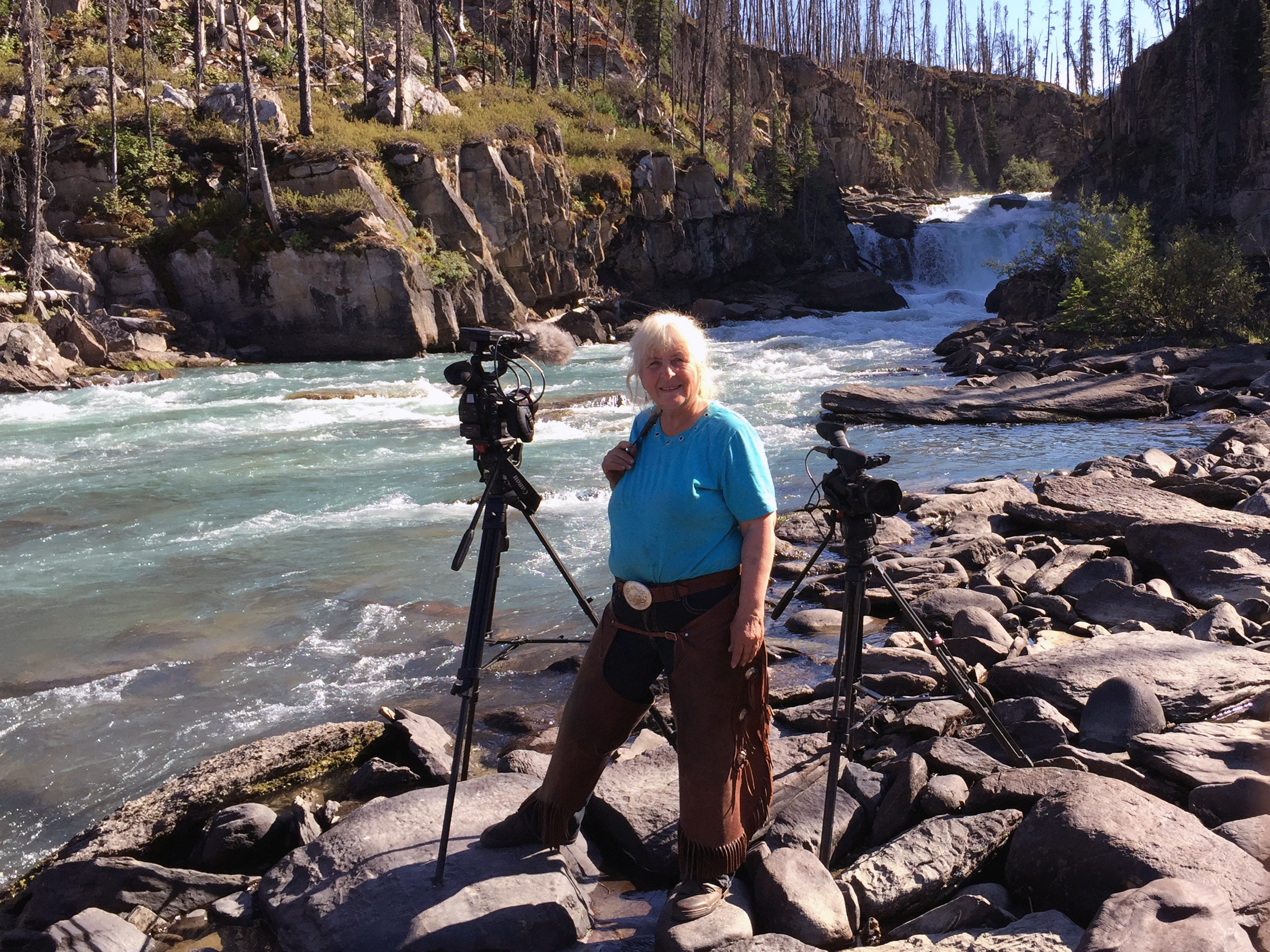 Susan Feddema-Leonard is the author of four books.
She has written four books that provide insight into the social structure of the people of the Alberta Rockies.
She weaves together a tapestry of a unique culture and history, sharing the societal ways of the mountain people. 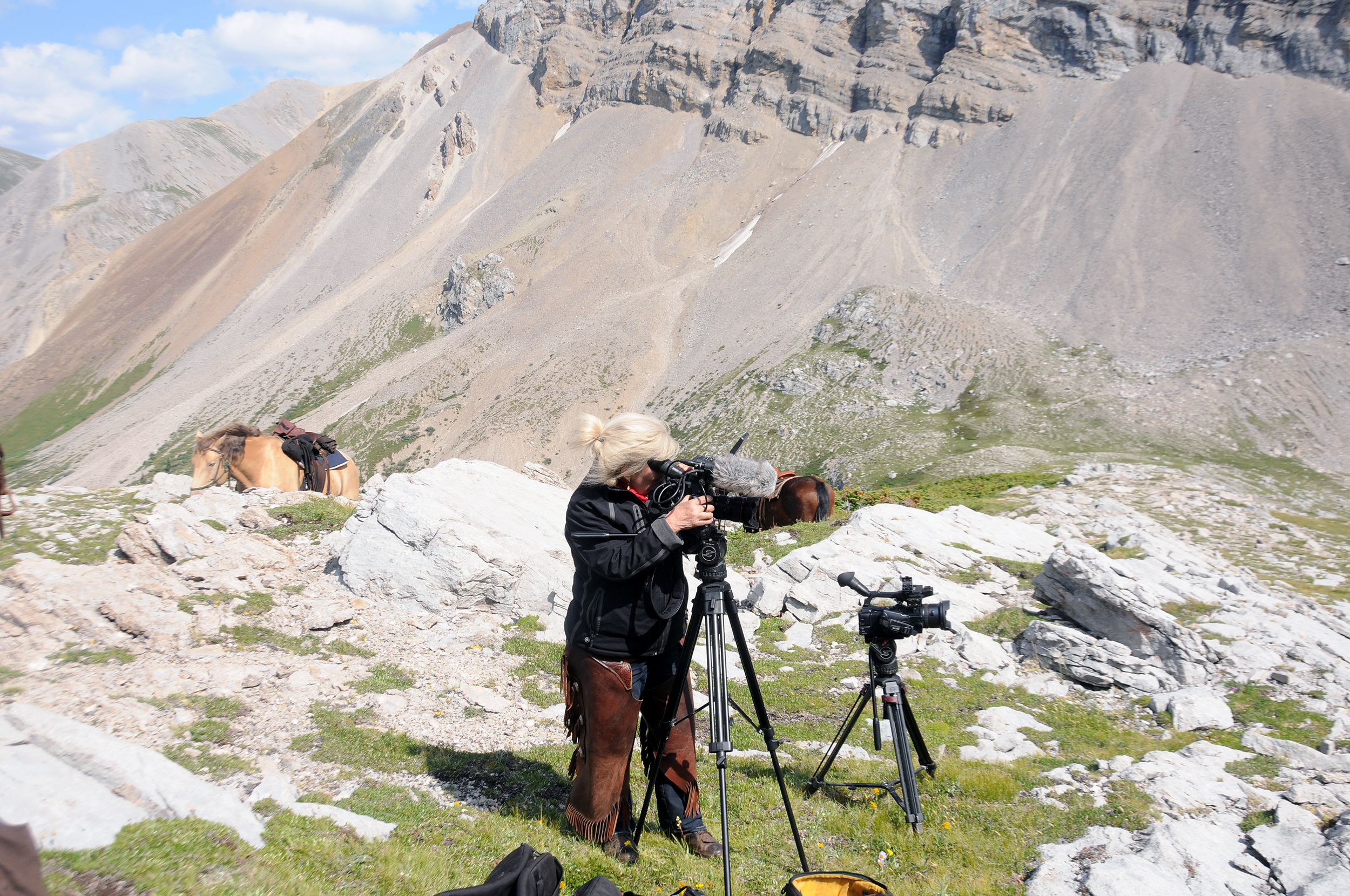 Susan Feddema-Leonard is a talented cinematographer. 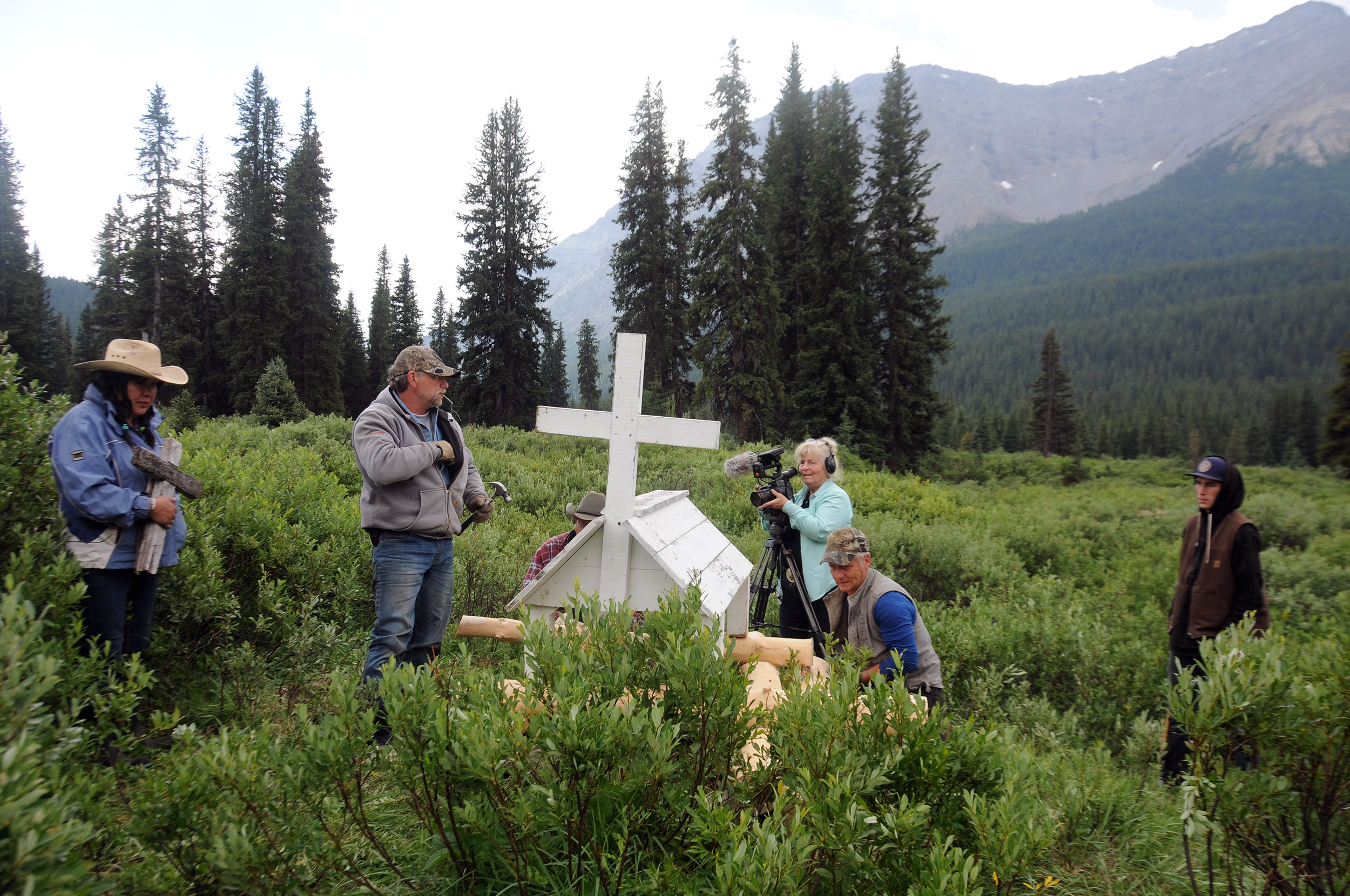 Susan Feddema-Leonard is shooting Spirits of the Rockies,
one of the Canadian Rockies Series documentaries. 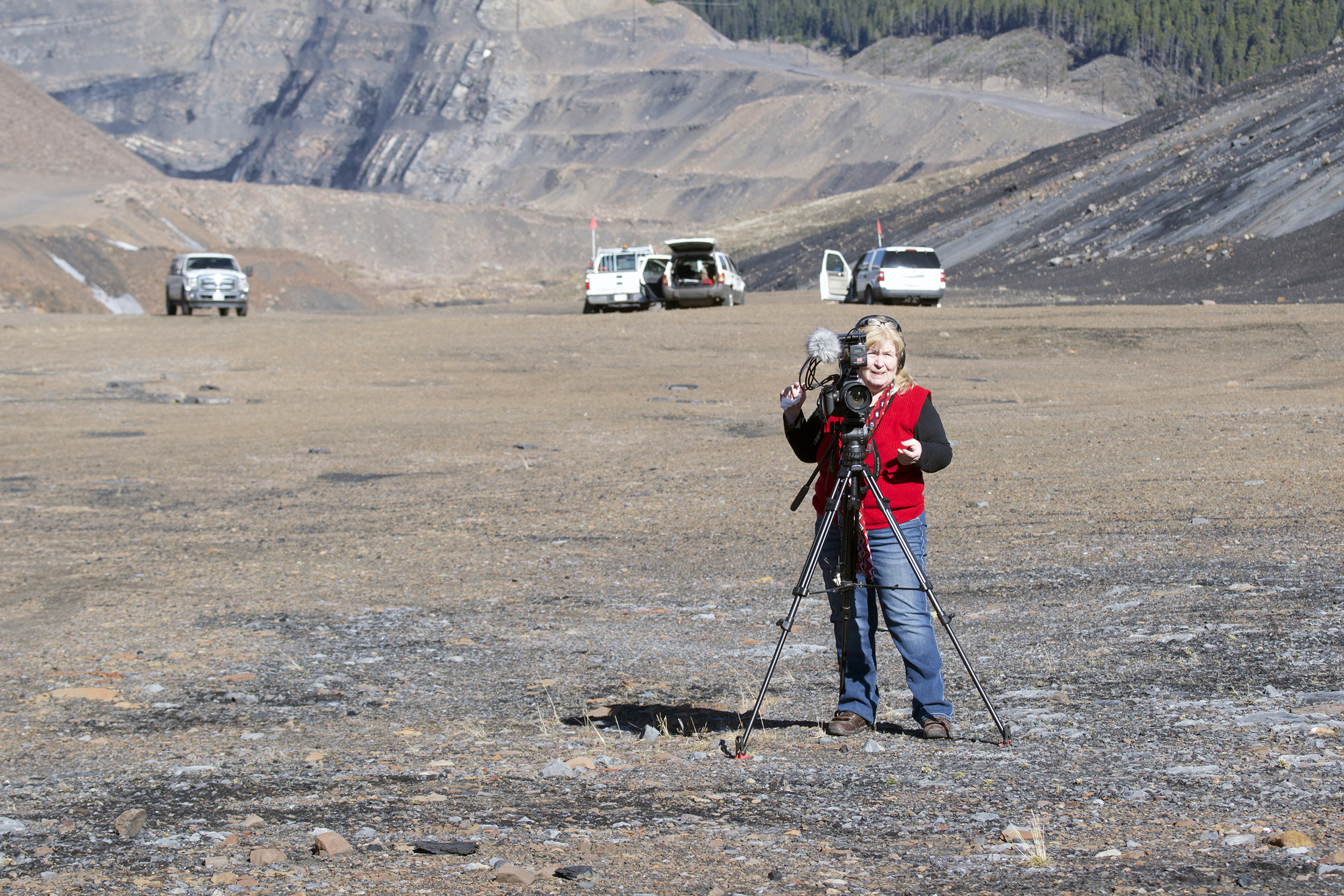 Susan is in the process of researching other books that will feature the mountain culture of the Alberta’s Rockies.
The People & Peaks publications have become founding documents for researchers interested
in the traditions and history of Alberta’s eastern slopes.